The Power of Justice Request a Free Consultation

What are Pennsylvania’s Firework Laws?

Pennsylvania law essentially divides fireworks into three categories: “Consumer-grade” or “Class C” fireworks, “aerial shells,” and “display fireworks.” Residents can legally purchase Class C fireworks that contain up to 50 milligrams of explosive material, but all others are off-limits.

What Restrictions Exist For Fireworks in Pennsylvania?

Before 2017, Pennsylvania residents could only purchase non-aerial items like ground fountains or sparklers. Class C fireworks, such as firecrackers, Roman candles, or bottle rockets, are now legal. However, other types of fireworks are still restricted. Those include “aerial shells,” which contain more than 60 grams of explosive material and are often seen at public events. In addition, display fireworks are illegal, which have over 130 grams of pyrotechnic composition and require a special permit, and are intended for professional pyrotechnicians.

Although consumer fireworks may be legal, there are limits to how they can be used, making it challenging for residents to set them off and follow city rules. Those restrictions are as follows: 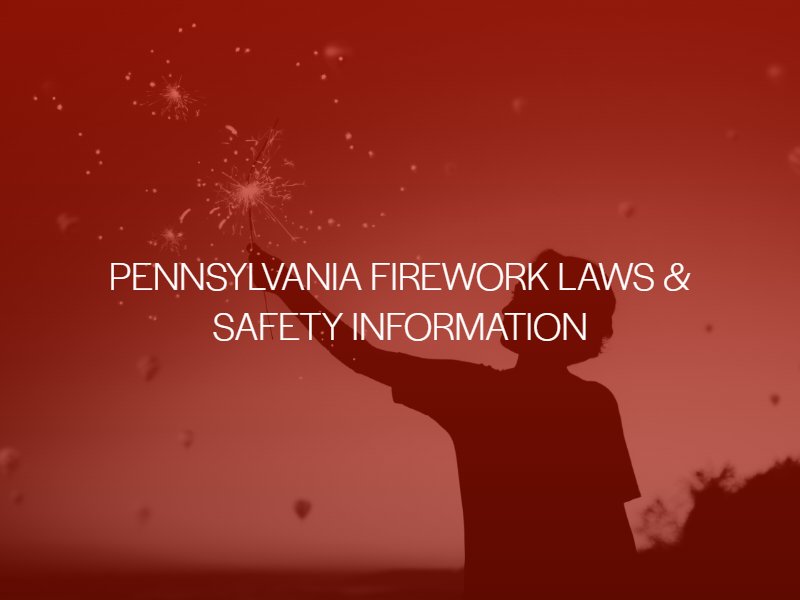 What Are Common Injuries Associated With Fireworks?

An estimated 15,600 people were hospitalized with injuries related to fireworks in 2020. Sixty-six percent of which occurred between June 21, 2020, and July 21, 2020. The most commonly reported injuries caused by fireworks include:

Injuries to Hands and Fingers

Burns to the hands or fingers are the most common injury, followed by fractures, sprains, and contusions or lacerations.

Lacerations to the head, ears, or face are the second most common injury, as well as burns, fractures, and sprains.

The third most common injury from fireworks is contusions or lacerations to the eyes, followed by burns.

Lastly, the legs and arms are often burned, and suffer contusions or lacerations, fractures, or sprains.

To avoid injuries associated with fireworks, never allow children to handle them unless they are older and under close adult supervision. Use protective eyewear and never light fireworks in your hands. Only use them away from other people, houses, and flammable materials. If a firework seems to malfunction, do not try picking it up or re-lighting it. Before discarding spent and unused fireworks, soak them in water for a few hours and always keep water close by in case of a fire.